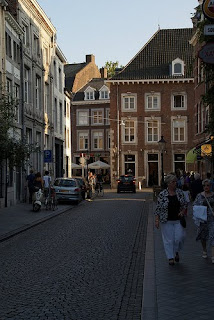 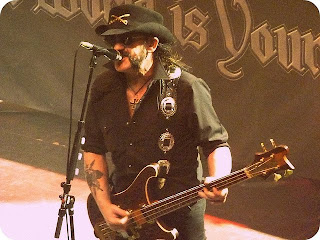 I was interested that some audience members were quite uncomfortable with this. One commented that it was very ageist of his fans not to let him age and another pointed out how dangerous a role model he provided to other people who wouldn't be able to continue to abuse their health in these ways without major health problems or death. I can, of course, see their points of view entirely, but my own response was to enjoy the transgressive figure as a ripost to the pressures on people to age healthily. I mean, I wouldn't want to do it myself, and I wouldn't recommend it to anyone I knew (or even to Lemmy himself, if it is indeed true - this presentation made no claims to be about the real Lemmy, just about his cultural representation) but I think we benefit from a wider range of models of ways of being older, including Lemmy.
Posted by Rebecca Jones at 05:04 2 comments: 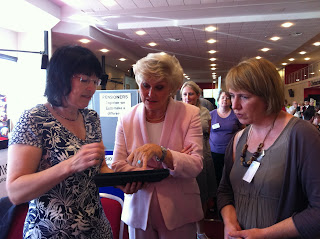 Angela Rippon at the OPT-in technology workshop - United Generations event in Milton Keynes.
Posted by Josie Tetley at 09:31 No comments: 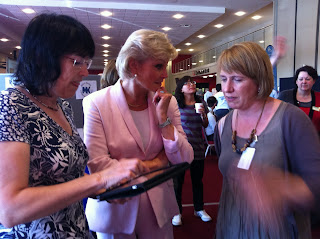 And here we are with Angela Rippon
Posted by Josie Tetley at 09:27 No comments: